May 29, 2017 Posted in Featured, Press Releases by Matthew Perry

FEBC New Zealand is delighted to announce the appointment of Jon Horne to its Board of Trustees, bringing years of financial and charity insight to the mission at a key time of growth.

After more than 20 years in commercial and NGO roles, including eight years as General Manager and Finance Director of TearFund, Jon’s calm personality and considerable experience is a key addition to the mission at a time of strategic growth and vision. 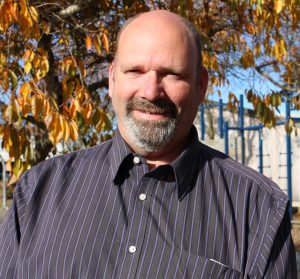 FEBC New Zealand is following a strategic plan and enjoying a season of significant growth. Jon’s personal input and business acumen are welcomed as the governance team prayerfully look ahead and review funding management plans.

Jon says “I am really excited about joining a team so passionate about sharing the joy and love of God to so many, in such hard places to reach.”

Executive Director Matt Perry welcomes Jon’s appointment, adding “Jon could not have arrived at a better time. With our increased awareness around New Zealand and growth in supporters, alongside a complete review of our international contributions to stations, Jon’s faithful and wise input is crucial.”

FEBC stands for the Far East Broadcasting Company, and New Zealand contributes people, prayer, and funds for its broadcast partners around the world, from Cambodia to Ukraine. FEBC communicates Christ to the world by media, and is now available in 109 different languages and dialects.

One response to “FEBC New Zealand Grows Board Expertise”